Weston Brass are delighted to announce the appointment of Ian Dickinson as Musical Director. The former Sun Life Band flugel star brings an enviable playing and conducting pedigree to Weston. 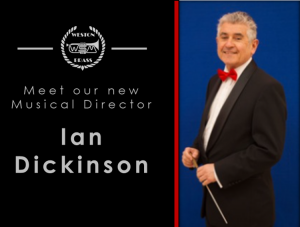 Ian’s career at Sun Life Band began in 1974 (the band then named the Stanshawe Band) playing solo cornet under the baton of professor Walter Hargreaves before later moving onto flugel. By the time he left the band in 1994 his honors list included most notably a win at the British Open, being named ‘BBC Band of the Year’ and a first place at the World Music Contest Championship. The approach to music experienced during this time has set the foundations for Ian’s insistence on detail and musical expression which comes through in his work with all players around the stands.

Previous to joining Weston Ian has held several successful conducting poitions. Including steering Portishead Town Band from the 2nd Section to Championship section in four years. And more recently with Wotton Under Edge where his eight-year association saw the band promoted from 3rd  Section to 1st Section with many notable contest wins along the way.

Weston Brass are delighted to have Ian at the helm and the impact of his musicianship is already delivering results following being awarded 2nd place at the Wychavon Festival of Brass in October. We are looking forward to a rewarding and successful future with expectations of a good result at the West of England Areas in March 2022.

There are no upcoming events at this time.

Get in touch with us!